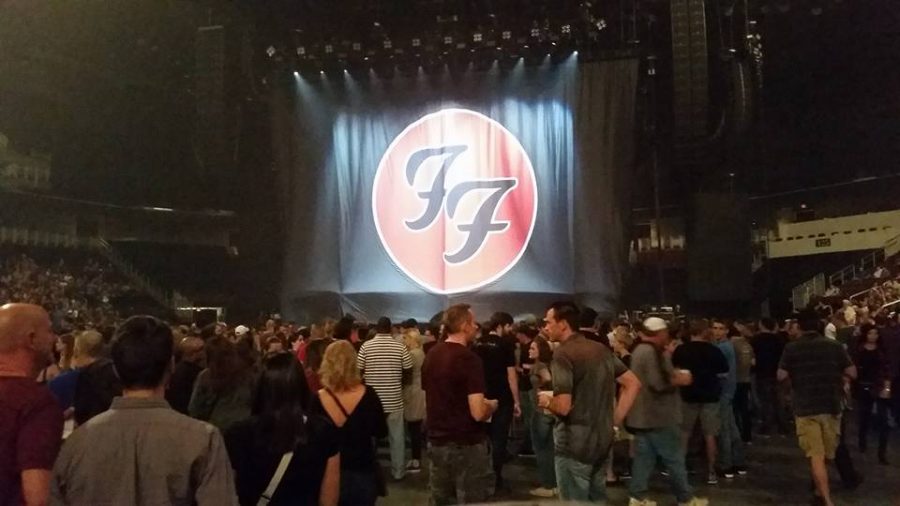 Foo Fighters were scheduled to perform at Intrust Bank Arena on April 18. That show was rescheduled to Oct. 17 before being cancelled.

This last year, COVID took a hit on our social lives. The coronavirus caused concerts to be postponed and even canceled. Even though many things may have reopened, such as restaurants, theme parks and sports events, concerts still aren’t happening as normal.

There was a local impact as well, with acts such as Tool, Foo Fighters, and Cher had to cancel their Wichita performances. Mr. Thimesch, an English teacher at Southeast, had tickets to one of the acts that was canceled. “I had tickets to Tool, and my wife had tickets to the Backstreet Boys as well,” he said. “Hers got postponed and mine was canceled.”

With concerts being canceled, it is affecting the venues as well as fans. Larger venues such as Intrust Bank Arena will not suffer as much, but smaller venues such as the Wave will take a bigger hit. “I’m actually really concerned for the smaller venues,” Thimesch said, “places like the Wave that just opened up, they don’t have the clout that some other places do, and the money didn’t roll out to them very quickly.”

Instead of having concerts in person, some sites/apps such as LiveXLive, iHeartRadio, and Looped are helping to bring the concert to our screens. Many people, including Mr. Thimesch, say that the experience wouldn’t be the same. “The concert experience is more than just the sound,” he said. “It’s the interaction with the other people, the artists feed off the energy from the crowd, and the crowd feed off the artists, and it’s just not the same through a screen.”

While Mr. Thimesch hopes to be able to go back to a concert in person soon, he’s worried he may never see this particular band again. “I think the cancelation is more disappointing than anything,” Thimesch said, “because I don’t know if they’ll ever be back.”