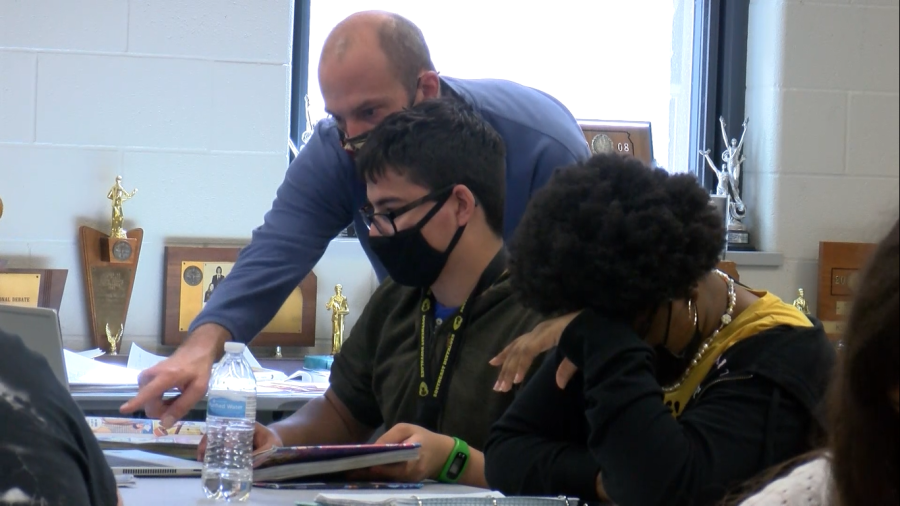 Out of nine other submitted groups, Southeast debate teacher, Mike Harris’ topic was chosen by the National Federation of High Schools.

“Its for the National Federation of High Schools. Each year they request papers proposal to be debate topics for students across the country and across the world to debate,” debate teacher Mike Harris said.

Now this wasn’t done overnight, in which members Peter Krevo of Wichita Northwest High school, Pam Acoma of Topeka School District and Luke Brinker, a student of Pam, spent a year and a half researching and developing a topic.

“Its about United States and NATO cooperation to stop the rise of threats in Europe involved in cyber security, artificial intelligence and bio technology,” Harris said.  “We were looking for issues we thought young people should be talking about and so going back two years ago, one of the issues of the time facing United States emerging threat of Russia and we knew at the time the states were competing in cyber space.”

Not only is this a big accomplishment, but it is also beneficial to his students.

“Its great to get the experience from someone who won a big contest,” debate student Raigene Slaughter (9).

“Its nice to have someone representing the school nationwide, especially a less known idk what the word in the school,” debate student Seth Streeter (9) said.

Look forward to hearing his prompt being used in future debates.