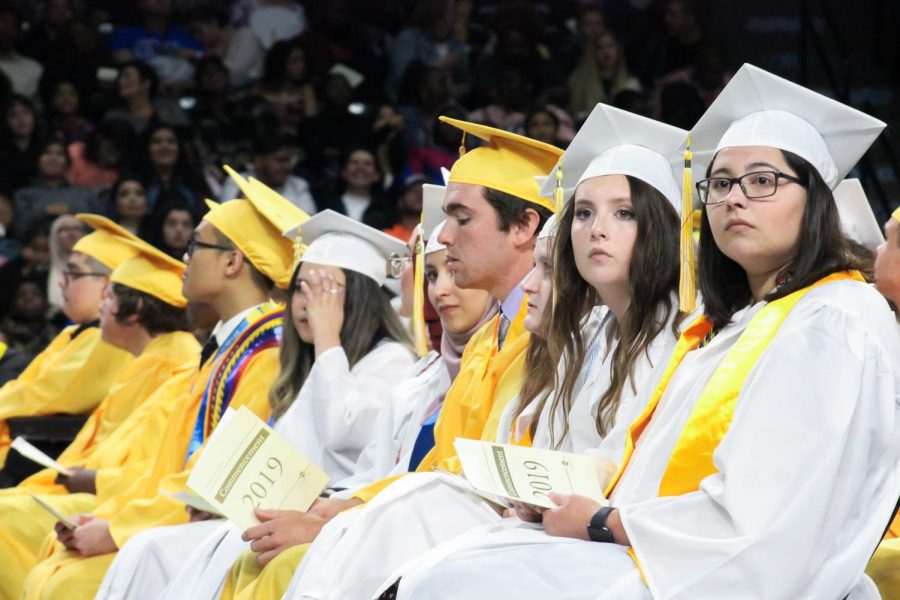 The class of 2020 had their senior year cut short. They missed two of the most important events of their senior year: prom and graduation. Many of the seniors this year were worried that they would experience the same thing.

“Last year they didn’t really have their graduation in person so I kinda’ worried this year,” senior Bryan Rangel said.

At the beginning of the year, homecoming was cancelled as well as the spirit assemblies so nothing was set in stone regarding prom and graduation.

“The school doesn’t decide that. It comes from the secondary office at AMAC and so the assistant superintendent and those guys make that decision. I mean don’t get me wrong it’s a tradition but in today’s world traditions are altered and modified due to what’s going on,” Assistant Principal Joe Nelson said.

After spending most of their senior year remote, senior will finally have the opportunity to experience prom as well as walk at graduation.

“We have plans in place, to actually have as close to traditional graduation as possible, at the normal venues. At Koch areas and century ii, being the two predominant locations,” Executive Director of Secondary Leadership Branden Johnson said.

“We’ve already given the A-OK for prom to take place at all of our high schools, the only caveat being prom will have to be on sight this year, there will be no off-sight prom, so everything that takes place will take place within the Southeast gym or whatever location within the building is the best,” Johnson said.

As many decisions are left up to the host sites, administration is still working out the little details.

“We just know that it’s still scheduled to happen but far as the guidelines and criteria and things like that they haven’t shared that with us as in like the capacity and so forth but they shared we are moving forward with it at this point but there are no details,” Nelson said.

When the school announced plans for prom and graduation, the seniors were excited.

“I was really excited for those people who wanted to go to prom because that’s very special even for us and graduation that’s pretty cool cause walking across the stage,” Rangel said.

While many things are constantly changing, the class of 2021 are hopeful that everything goes as planned.